skip to main | skip to sidebar

Phil The Brave - By Heidi Kesler 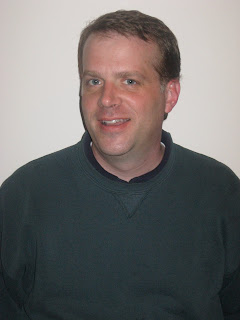 The week before Phil and I were married, we had the annual Beck Family reunion. A huge and somewhat overwhelming event for a new family member. At that reunion, my dad instructed all the kids to refer to Phil as Phil the Brave. My dad has continued to call him that. I was a little put off because it sounded to me like my dad was saying it took bravery to marry me! However, the name has grown on me and he has definitely earned it.

This morning, while sitting at the hospital, I was reading a book by Henry B. Eyring titled, "To Draw Closer To God." In one chapter, he shares the experience of watching his dad (a great scientist) struggle with bone cancer. He explained that his father wanted to understand better why he was going through such a terrible ordeal. One night, in spite of the pain, he got himself onto his knees and plead with the Father for clarity. The next day he explained to his son that he had finally received his answer. He said that the struggles were because Heavenly Father needed brave sons.

At approximately 8:20pm (CST) on Thursday, February 11, 2010, Phil the Brave reported for duty to his Father. He went peacefully and with a faith that was steady and sure. He is my hero, my best friend, a great example, and an incredible father. He will be missed but ever-present in our lives.
Home
Subscribe to: Posts (Atom)

The Voice Male family has experienced a deep loss with the passing of Phil Kesler, our friend and fellow Voice Male member. This page is to honor and remember him. We invite you to share your memories and extend condolences to Phil's family by clicking here. Thank you.

A trust fund has been established for Phil's daughter at Zion’s Bank. In lieu of flowers, you may make a donation to the Eden Marie Kesler Donation Fund at any branch of Zion’s Bank.